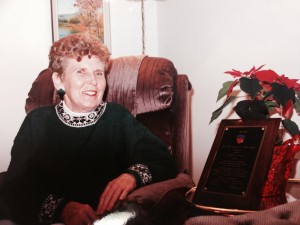 ching racing to children and youth.  In keeping with the spirit that Jean brought to teaching, coaching and racing, nominations should emphasize a high level of teaching expertise, work that has enhanced children’s snowsports education and/or outreach activities that have provided opportunities for youth to experience and become lifetime participants in snowsports.

Who was Jean Lyon?

Jean Lyon was a vibrant, athletic-looking woman who could, as many of her students and fellow instructors said “Ski the pants off them.”  As a young woman from Princeton, BC Canada, Jean skied competitively in the slalom and giant slalom events.  She was a member of the Canadian national ski team and qualified twice for the Olympics.  However, she never competed in the Olympics because back then, athletes paid their own expenses and, had she not  broken a leg each time, she still couldn’t have afforded the trips on her English/Health teacher’s salary.

Even without an Olympic start, her talent could not be denied.  During The Sun’s Annual Giant Slalom race at Grouse mountain held in 1952 the local paper wrote, “Vancouver housewife Jean Chalmers (Lyon) stole the show from an Olympic champion in the annual giant slalom tournament Sunday morning on Grouse Mountain.  Ms. Chalmers finished 16 seconds behind the day’s star, Olympic winner Stein Ericksen.  When all the times were counted, her time of one minute 40 seconds-an unbelievably fast time for a woman-earned this slim auburn-haired girl 12th ranking within the field of 60 men.  She won 1st among the women and finished 12 ½ seconds ahead of pre-race favorite Sandra Fraser.”

Jean started teaching skiing by accident.  The New Zealand National Soccer team, during competition in Canada, was visiting the area where Jean was training.  She was asked to help them learn to ski.  While most had not even seen snow before, she had them skiing parallel by the end of the day and the ski instructor seed was planted.  She became a Canadian Ski Alliance instructor shortly after, in the 1950’s.

When she moved to Washington in the early 60’s she was a Canadian Ski Alliance (now CSIA) full cert.  She was approached by ski area management to teach skiing at Stevens Pass.  In 1962 PSIA granted her full certification by reciprocity.  She enjoyed the ski area and the people, and seeing an opportunity, in 1964 she started Lyon Ski School.   Not long after Jean began the Stevens Pass Buddy Werner team, the first children’s Mighty Mite (ages 6-12yrs) race program in the Pacific Northwest.  The Buddy Werner team was extremely successful for its long history.  Numerous athletes Jean trained went on to successful race careers at the college and US Ski Team level.  Many ex-Stevens Pass Buddy Werner team racers continue in leadership roles today in all areas of the ski industry from instruction and coaching to ski area management and equipment sales.  She went on to organize the Buddy Werner Youth Racing league in the Pacific Northwest.

As a PSIA certified instructor Jean was one of the first women examiners in the country.  In the Northwest she started the first women’s clinics.  She served as a Divisional Clinic leader and Examiner until she retired shortly before her death.

In 1994, Jean was awarded the then PSIA-NW Service Award.  Jean was battling cancer at the time and could not attend the awards banquet.  In a letter from Art Hathaway, chairman of the PSIA-NW Recognition Committee Jean learned of a far greater honor. “With your permission, the PSIA-NW Recognition Committee and Board of Directors wishes to establish the Jean Lyon Service to Youth Award to be given annually to the most deserving member,” wrote Art.  It was an honor that touched Jean greatly.

For the 30+ years Jean Lyon was a PSIA-NW member she remained a respected leader, favored divisional clinician and dedicated instructor.  Her ski school maintained 100% membership in the organization for the term of her directorship.  She lead by example and taught children in the same direct honest manner with which she raised her own kids and in doing so helped hundreds of youth to achieve success as racers, skiers and leaders in the industry. 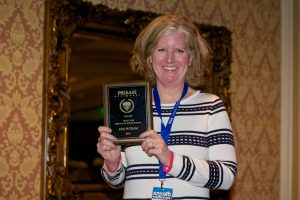 Past Recipients of the Jean Lyon Service to Youth Award: